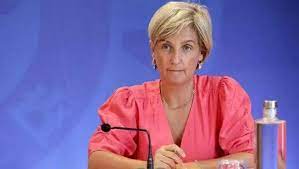 The tragic death of a pregnant Indian woman in Portugal while being shifted between crisis-hit hospitals here has led to the resignation of the country’s health minister Marta Temido while authorities have launched an investigation into the incident.

The 34-year-old Indian woman reportedly suffered a cardiac arrest during an ambulance transfer from Santa Maria hospital, which had no vacancies in the neonatology service, to another hospital in the capital.

It follows a string of incidents this summer that critics blame on a staffing crisis across Portuguese natal units, the BBC reported on Wednesday.

Temido had been the health minister since 2018, and is credited with steering Portugal through the Covid-19 pandemic.

But on Tuesday, the government said in a statement that Temido had “realised that she no longer had the conditions to remain in office”.

I am grateful for all the work carried out by Dr. Marta Temido, especially in the exceptional period of combating the COVID19 pandemic. The @govpt continue the ongoing reforms with a view to strengthening the SNS and improving healthcare provided to the Portuguese, Costa, an Indian-origin leader, said in a tweet.

His remarks came after a storm of criticism over the Portuguese government’s handling of staff shortages in maternity units, by temporarily closing some of them and forcing pregnant women to undergo risky transfers between hospitals.

Local media reported that the pregnant tourist died while being moved from Lisbon’s Santa Maria Hospital – the largest in Portugal – because its neonatology unit was full.

Her baby was delivered in good health following an emergency caesarean section, authorities said. An investigation into the woman’s death has been launched, the report said.

There have been similar incidents across Portugal in recent months – including the separate deaths of two infants whose mothers had apparently been transferred between hospitals and endured long delays, it said.

Portugal’s shortage of health staff, especially those specialising in gynaecology and obstetrics, has led to the government considering hiring from abroad.

The closure of some natal units has led to overflowing maternity wards and long wait times, with opposition parties, doctors and nurses pointing blame at the former health minister.

Speaking to local outlet RTP, the chair of the Portuguese doctors association Miguel Guimaraes said Temido quit because she did not have any way of resolving the current crisis – before going on to praise her record in office.

However, Gustavo Tato Borges, the president of Portugal’s public health association, told RTP he did not expect her resignation, and was “surprised” that she had stepped down while there are “acute problems” in the health sector.