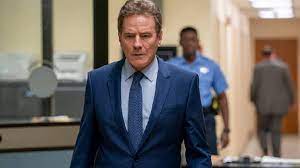 “Your Honor”, a legal thriller starring “Breaking Bad” star Bryan Cranston, is returning for a second run on Showtime.

According to Variety, the new season will consist of 10 episodes and will start production next year.

In season one, Desiato’s son is involved in a hit-and-run that leads to a high-stakes game of lies, deceit and impossible choices.

Peter Moffat, known for acclaimed “The Night of”, will also return as writer, showrunner, and executive producer.

Gary Levine, co-president of entertainment for Showtime, said like other fans of the show, he is excited about the new chapter.

“We were blown away by ‘Your Honor’… by the power of Peter’s storytelling, by the depth of Bryan’s performance, and by the overwhelming reaction from our subscribers who watched in record numbers.

“Imagine our delight when we learned that Peter believed he had more story to tell and Bryan felt he had more depths to plumb. So, along with its millions of fans, I am gleefully shouting ‘Encore!'” Levine said.

CBS Studios produces the show in association with KingSize.

“Your Honor” is based on the Israeli series “Kvodo” created by Ron Ninio and Shlomo Mashiach. It also got an Indian adaptation, a Sony LIV series which starred actor Jimmy Sheirgill in the lead role.