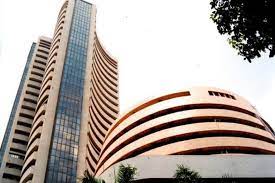 On the other hand, HDFC, Bharti Airtel, Maruti, ITC, Kotak Bank and Tata Steel were among the gainers.

Markets were closed on Friday on account of Ganesh Chaturthi’.

In Asia, bourses in Shanghai, Seoul and Hong Kong were trading on a negative note in mid-session deals. Tokyo also closed in the red.

Foreign institutional investors (FIIs) were net buyers in the capital market as they purchased shares worth Rs 423.44 crore on Thursday, as per provisional exchange data.