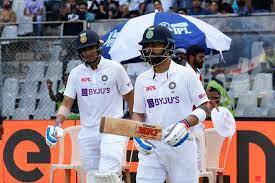 Mayank Agarwal and Cheteshwar Pujara added insult to New Zealand’s injuries with a 107-run opening stand as India took complete control of the second Test by reaching 142 for 2 at lunch on the third day, here.

India’s overall lead is now a mammoth 405 runs and only one team can win this game from here with two days and two sessions left.

At the break, Shubman Gill, who hadn’t come out to open after being hit on the wrist during the New Zealand innings, was batting on 17 with Virat Kohli (11) by his side.

But it was not before Agarwal and Pujara hit a flurry of boundaries in the morning session to put the pressure back on the bowlers.

Pujara, in fact, made a statement as he twice stepped out to identical flighted deliveries and whipped them through mid-wicket. This was the delivery that got him yorked in the first innings but he looked very comfortable in the second.

Agarwal was also in fine nick as he completed his second fifty plus score of the match with an effortless six over extra cover off Patel and then hit another boundary through the same area.

For a bowler, who already has 12 wickets in the match, Patel would feel that it’s a trifle insulting that Agarwal hit him for a total of five sixes and even a defensive batter like Pujara lofted him for a maximum.

Agarwal was looking good for his second hundred of the game but in his bid to hit another six off Patel he could not reach to the pitch of the delivery and Will Young comfortably took the catch at long-off.

For Pujara this was the best chance to get a fifty and increase his confidence before the tour of South Africa.

He survived a strong DRS appeal but then one delivery that was pitched slightly fuller and turned, got his outside edge in slip fielder Ross Taylor’s safe hands. 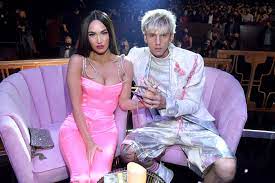 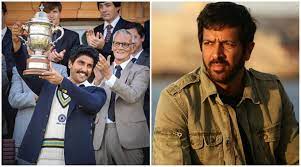