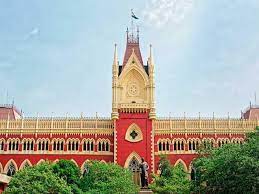 Calcutta High Court has ordered transfer of investigation into explosions in Birbhum district to the NIA from the state CID holding that the central agency has precedence in the investigation of scheduled offence.

Vacating an earlier stay by a single bench of the HC in the NIA probe, a division bench comprising Justices Joymalya Bagchi and Bivas Pattanayak in an interim order directed the CID to cooperate with NIA and to transfer all documents related to its probe into the 2019 explosion in two residential houses in Birbhum if required.

“Investigation by the central agency whose powers are much wider than the state agency would be more effective and enure to the ends of justice,” the bench observed in its order passed on April 18.

Noting that the central agency has precedence in the investigation of scheduled offences as laid down in Section 6 of NIA Act, the bench said “A prima facie case for transfer of investigation in favour of NIA has been made out.”

Among the scheduled offences which can be investigated by NIA are those under the Explosive Substances Act.

The matter will be heard again on May 10, the court directed.

The CID was investigating the explosions in a house at Sadaipur in August, 2019 and at another house at Lokpur in September that year in September.

The counsel for the state claimed that the probe has been satisfactorily conducted by the CID and said that NIA had sought to transfer the investigation after a lapse of one year.

The NIA advocate submitted that the investigation by the central agency was stalled by a stay granted by the high court and prayed that it be vacated.

The bench noted that the NIA Act requires the state agency to submit a report to it upon registration of an FIR in respect of scheduled offence so that the central agency may take a decision whether to investigate the case or not.

“It appears no such report was submitted by the state agency to NIA,” the bench said.

After the CID continued investigation for more than a year, NIA had suo muto exercised powers as per provisions of the NIA Act and transferred the investigations to itself.