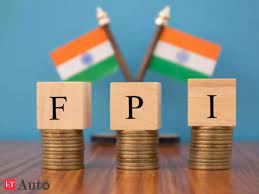 After turning net buyers last month, foreign investors have shown tremendous enthusiasm for Indian equities and have infused close to Rs 44,500 crore in August so far amid softening of inflation in US and falling dollar index.

This was way higher than a net investment of nearly Rs 5,000 crore by Foreign Portfolio Investors (FPIs) in entire July, data with depositories showed.

FPIs had turned net buyers for the first time in July after nine straight months of massive outflows, which started in October last year. Between October 2021 till June 2022, they sold a massive Rs 2.46 lakh crore in the Indian equity markets.

In the coming months, FPI flows are to remain volatile. However, with the fading concerns of rising inflation, tightening of monetary policy and performance of first quarter earnings, inflows are likely to improve in emerging markets, said Shrikant Chouhan, Head – Equity Research (Retail), Kotak Securities.

The near-term trend in capital flows will be influenced mainly by the movement of the dollar, V K Vijayakumar, Chief Investment Strategist at Geojit Financial Services, said.

According to data with depositories, FPIs pumped in a net amount of Rs 44,481 crore in Indian equities during August 1-19. This is the highest investment made by them so far in the current year.

Sentiments in the equity market have turned bullish due to the sustained buying by FPIs.

“The main trigger for the sustained buying has been the steady fall in the dollar index from above 109 in end July to around 105 recently. But on August 19 the dollar index has again moved up and crossed 107. If this trend continues capital inflows might be impacted,” Vijayakumar added.

Kotak Securities’ Chouhan attributed the positive inflow to mounting hopes that the global economy may avoid a major downturn amid softening inflation levels in the US.

US inflation slowed down from a 40-year high in June to 8.5 per cent in July on lower gasoline prices, indicating that the US Federal Reserve might be less aggressive in hiking interest rates.

Himanshu Srivastava, Associate Director – Manager Research, Morningstar India, said net inflows were driven by expectation that the recession which is expected to hit the US market may not materialise or its impact would be minimal.

While the inflation continues to be at elevated levels, it has risen less than expected, which has improved sentiment, he pointed out.

These positive sentiments have led foreign investors to take some bit of risk and invest in the Indian equity markets.

On the domestic front, correction in the Indian equity markets provided investors a good buying opportunity.

In addition, FPIs poured a net amount of Rs 1,673 crore into the debt market during the month under review.

Apart from India, flows were positive in Indonesia, South Korea and Thailand, while they were negative for the Philippines and Taiwan during the period under review.