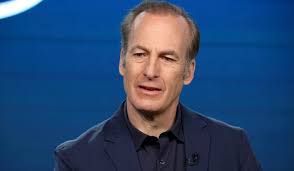 Emmy-nominated actor Bob Odenkirk has thanked his family, friends and well-wishers for being a constant support as he recovers from “a small heart attack” he suffered on the set of AMC series “Better Call Saul”.

The 58-year-old star collapsed on location Albuquerque, New Mexico, on Tuesday while filming the sixth and final season of the “Breaking Bad” prequel.

In a statement posted on Twitter on Friday night, Odenkirk said he will take some time to be perfectly fine and return to work.

“Hi. It’s Bob. Thank you. To my family and friends who have surrounded me this week. And for the outpouring of love from everyone who expressed concern and care for me. It’s overwhelming. But I feel the love and it means so much.

“I had a small heart attack. But I’m going to be ok thanks to Rosa Estrada and the doctors who knew how to fix the blockage without surgery. Also, AMC and Sony’s support and help throughout this has been next-level. I’m going to take a beat to recover but I’ll be back soon,” he wrote.

Earlier this week, representative for Odenkirk said the actor was in stable condition, and his son, Nate Odenkirk, assured fans that his father is “going to be okay”.

The final season of “Better Call Saul” is most likely air in the first quarter of 2022.