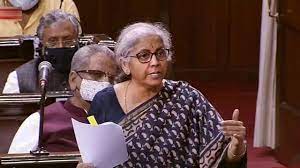 Union Minister Nirmala Sitharaman on Tuesday said regulators and other entities should be well advanced and ahead of the curve in understanding digitisation to ensure that there is no misuse of technologies.

Sitharaman, who is in charge of finance and corporate affairs ministries, also emphasised the need to have firewall mechanisms in the context of digitisation.

The decade from 2020 and upwards will be infused with digital methods, she added.

Sitharaman was speaking at the event to flag off Iconic Day celebrations of the corporate affairs ministry as part of the Azadi ka Amrit Mahotsav (AKAM).

According to her, the Competition Commission of India (CCI) and National Financial Reporting Authority (NFRA) should be ahead of the curve in the context of digitisation to ensure fair and accountable practices as well as there is no misuse of technologies.

Corporate Affairs Secretary Rajesh Verma said the ministry will be coming out with various tools, including for compliance management, and emphasised its focus on technology-driven platforms to facilitate ease of doing business.

Various measures have been taken in the last eight years to ease the compliance burden, he noted.

At the event, the National CSR Exchange Portal was launched.

Among others, a commemorative postal stamp on investor awareness was released and a special window for those 75 years and above with respect to claims was launched by IEPFA.