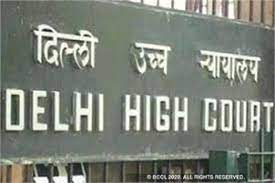 The Delhi High Court has said that quashing of FIR in matrimonial offences is welcome as it shows that parties have decided to put an end to the dispute as well as the misery.

Justice Swarana Kanta Sharma, while quashing an FIR for the offence of rape and cruelty by a woman against her father-in-law and others, said that that there was a need to curb the use of sexual offences along with the offence of cruelty in matrimonial cases and that compromise is the best way possible to settle disputes as soon as possible.

The judge appreciated the stand of the complainant who entered into a settlement out of her free will– as well as her wish to move on in life , and quashed the FIR registered under sections 376 (rape)/377 (unnatural offences) /498-A (Husband or relative of husband of a woman subjecting her to cruelty) with a direction to the accused petitioners to deposit a sum of Rs.12,500 each towards two advocates’ welfare funds.

Though any case coming to an end is a welcome step as it decreases the pendency of the Courts, more so, in matrimonial offences quashing is welcome as it shows that parties have decided to put an end to the lis as well as to the misery they undergo due to a matrimonial case pending between them. The fact that now-a-days Sections 376 and 354 of IPC are being used along with Section 498-A IPC, which later on are compromised and are brought to this Court for quashing, needs to be curbed, said the court in its order dated June 2.

This case has consumed much time of the Court and that of the Investigating Agency. The Court wishes that the compromise would have taken place much earlier. However, through this order let a message be sent to the society at large that compromise is the best way possible to settle disputes and the sooner the better,

In the present case, the court noted that while the charge sheet was filed under Section 376 IPC, the complainant in her statement before the magistrate said that only an attempt to rape was made by the father-in-law.

The court observed that the complainant is a young lady who is looking for a bright future for herself and the same depended on the quashing of the present FIR pursuant to a settlement.

It said that there was no reason to continue the ongoing proceedings in view of the compromise between the parties and noted that a demand draft in the sum of Rs 10 lakh was handed over to the complainant towards the settlement amount .

Though ordinarily, cases under Section 376 IPC should not be quashed and should be taken as a crime against the society at large, however, in the peculiar circumstances of this matrimonial dispute case where the complainant states that her future depends on quashing of the FIR and states that rape was not committed upon her, it will be in the interest of justice that if the FIR in its entirety is quashed, the court said.