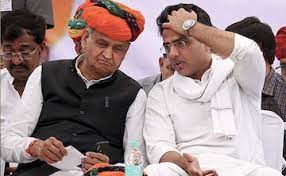 Sachin PIlot, in his latest instalment of his rivalry with Rajasthan Chief Minister Ashok Gehlot, had said that the Congress MLAs who revolted against the party must be punished.

Rajasthan Chief Minister Ashok Gehlot has hit back after rival Sachin Pilot appeared to escalate their long-running feud, flagging the “climate of indecision” in the Congress’s state unit and PM Narendra Modi’s praise for his arch-nemesis.

Here are the 10 latest developments in this story: