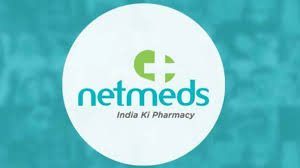 Baba Ramdev-led Patanjali Ayurved group announced this week that it had selected Netmeds Marketplace Ltd. as the first exclusive e-commerce portal for its ayurvedic medicine. This announcement follows closely on the heels of Patanjali’s recent tie-up with e-commerce giants Flipkart, Amazon, Big Basket and a few others picked to sell the Patanjali line of FMCG products.

But the Netmeds alliance is different in that Netmeds will be the first ‘sole source’ for Patanjali medicine. Pradeep Dadha, Netmeds’ CEO, stated that the company was “Thrilled beyond description to learn that we had been selected as the exclusive online partner for Patanjali ayurvedic medicine. Knowing that we have been entrusted to deliver these medicines, which represent the very bedrock of traditional wellness in India, brings great honor to our brand and our team and is one of our greatest achievements to date. We pledge to uphold the pillars of the relationship by providing outstanding customer service and quick and dependable delivery of these important ayurvedic medicines to every corner of India.”

Netmeds, known as India Ki Pharmacy and founded in 2015, has since delivered to more than 10 lakh customers in 12,000 pin codes across India. Patanjali representatives intimated that this broad reach and focus on healthcare were determining factors giving Netmeds the edge in the selection process, but that the prescription legacy was probably the most important of all weighted criteria. “Netmeds is built on a foundation of more than 100 years in the medicine distribution business and we felt they were the perfect partner to help us deliver ayurvedic wellness preparations to millions of Indians, especially in the II, III and IV-tier cities, towns and villages,” said Patanjali spokesperson D. Zanwar.